While the world has been gripped by the horrors of the Taliban takeover in Afghanistan, which places an already severely persecuted Christian minority at even greater risk of violence and ostracization at the hands of the new regime, targeted Christians in nations where their plight does not currently grip headlines are crying out for help.

Prior to the Taliban takeover in August, Afghanistan already ranked second on Open Doors USA’s World Watch List of the nations where it is most difficult to be a Christian, just under North Korea. Pakistan, meanwhile, where Christians are treated as second-class citizens and can be imprisoned and even executed if they are accused of blaspheming Islam, ranks fifth.

Yet International Christian Concern recently noted that as our eyes have been on Afghanistan, Pakistani Christians are facing increasing persecution and some wonder where the nations so concerned about human rights violations in Afghanistan are as Christians in their own country are suffering.

On September 6, a group of gunmen reportedly armed with fully automatic rifles indiscriminately fired upon the homes of Christians in Lahore, Pakistan, wounding four, a woman who is six months pregnant.

Although the shooting began at 2:30 pm, Morning Star News reported, police did not arrive until 8 pm. One of the men wounded in the attack said that the police have since been lax in prosecuting the suspects as they are “influential people.”

“Our entire street has been riddled with bullets, and people have been injured, but the police have not included the sections related to terrorism in the FIR [First Information Report],” Asif Masih told Morning Star News. “Moreover, I had stated in my application to the police that the accused had continuously threatened to burn the church and harm us, but even these facts were missing in the formal FIR.”

“The police have been protecting the accused since day one because they are Muslims, and we are poor Christians,” he said.

According to International Christian Concern, another group that works to raise awareness to the blight of the persecuted church, historian Roger Ballard explains that “Punjabi Christians are still known insultingly as musalli, with the inference that they are still tainted as by their heritage as immoral, low caste, and permanently polluted eaters of beef.”

ICC explains that the United States could be more proactive in combating this persecution by sanctioning Pakistani officials who fail to protect religious minority groups in the country or expanding immigration quotas for Pakistani Christians who want to flee.

“With the influx of Afghan refugees, the task will be complicated; however, the U.S. cannot treat Afghan and Pakistani Christians seeking refuge unequally,” the advocacy group explains. “Pakistani Christians currently feel abandoned, and the U.S. has the resources to help.” 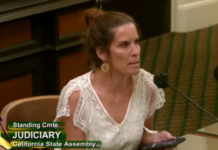 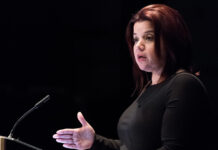 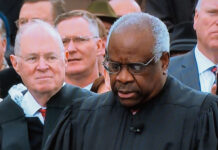