As the nation as a whole still comes to terms with the devastation wrought by Hurricane Harvey, there’s another dangerous beast coming right behind it.

Hurricane Irma is cruising through the Atlantic Ocean, and it appears certain to severely impact the state of Florida. Early reports of the power that Irma is packing tells us that evacuation orders should be taken with the utmost seriousness.

As Time shares, “nearly every building on the island of Barbuda was damaged when the eye of the storm passed almost directly overhead early Wednesday and about 60 percent of the island’s roughly 1,400 people were left homeless, Antigua and Barbuda Prime Minister Gaston Browne told The Associated Press.”

Full recovery for the island will take many months if not years, as roads and telecommunications were destroyed as well.

“Either they were totally demolished or they would have lost their roof,” Browne said, according to Time. “It is just really a horrendous situation.”

See the devastation below.

Irma has already impacted other islands in the region as well, including Puerto Rico.

In short, Irma is packing a serious punch. We’re talking about a Category 5 hurricane that has potentially catastrophic winds of up to 185 mph.

While it’s still unclear the exact path that this storm will take, it’s simply not worth the chance of staying in its potential path.

Please have a look at the live stream below for up-to-date information about Hurricane Irma. 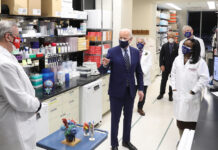 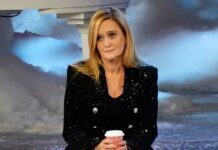 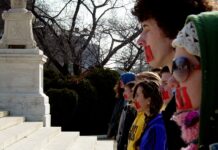