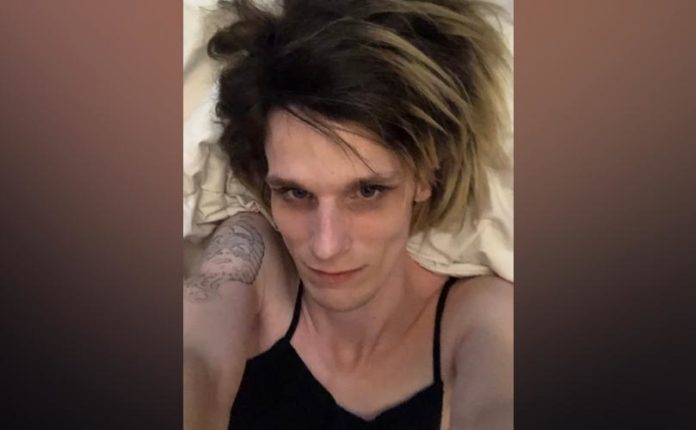 Never before has an accused thief received so much positive, sympathetic press as “Paige A. Thompson,” the man arrested on Monday for stealing the data of 106 million Capital One bank customers.

Why would mainstream news outlets such as The New York Times, CNN, CBS News, and Bloomberg all give Thompson such charitable coverage? Because Thompson is a biological man who believes he is a woman, i.e., a “transgender woman.”.

In fact, the casual newsreader might not even realize that 33-year-old Thompson is transgender because of the mainstream media’s dedication to honoring his preferred female pronouns. Even an ironically-titled Yahoo! News piece fails to list the fact that he’s transgender as part of “Everything We Know About Paige Thompson.”

Thompson, a former Amazon employee, is a software developer whose online life reveals deep derangement long before the massive data heist of which he is accused.

According to court documents, Thompson, who sometimes used the online alias “erratic,” hacked into a computer “containing information belonging to Capital One Financial Corporation”, acquired the Social Security numbers and bank account numbers of thousands of customers, posted them on GitHub, a software development collaboration platform, and later bragged about it on Slack, another collaboration platform.

Even law enforcement is playing along with Thompson’s twisted game and referring to him matter-of-factly as a woman. “… Paige A. Thompson … has made statements on social media evidencing the fact that she has information of Capital One, and that she recognizes that she has acted illegally,” stated Special Agent Joel Martini of the FBI’s Cyber Squad.

“I’ve basically strapped myself with a bomb vest …. Dropping Capitol [sic] One’s dox and admitting it,” Thompson said in an online message to the anonymous source who reported his crime.

Rather than calling for the outright condemnation he deserves, outlets like the New York Times are instead seeking to garner sympathy for Thompson in light of the “personal challenges” he referred to in many of his social media posts this year, including “suicidal thoughts, struggles to find employment, and difficulties she [sic] had faced since transitioning to a woman years before.”

Thompson’s former friend Sarah Stensberg told The Times that “erratic” was an apt title for Thompson, as he flew between the extremes of chasing a “promising career” as a software developer and “overturning” his life and alienating all of his friends.

“It was just a lifelong thing for her,” Stensberg said. “When she gets in these phases of intensity, she does really stupid things. She’ll push everyone away. She’ll write threatening emails. She’ll post things online about the things she’s doing.”

Stensberg also says her husband has known Thompson since they were teenagers and that Thompson grew up in a broken home.

Stensberg also recalled that when she met Thompson in 2010, his disturbed behavior was immediately apparent. She and her husband had even taken him to an “inpatient treatment center,” but later on filed a protective order against him.

Another friend, Aife Dunne, told The Times that Thompson often talked about the difficulties of “transitioning into a woman” and how the change “made it difficult for [him] to associate with people professionally.”

“I think really what I want and need is friends,” Thompson blogged in the past, according to The Times. “I think my problems with acceptance come from the fact that I have so few friends to accept me when I could.”

Shortly before being arrested, Thompson tweeted that he was going to seek the medical help he so desperately needed.

“After this is over I’m going to go check into the mental hospital for an indefinite amount of time,” he tweeted.

“I have a whole list of things that will ensure my involuntary confinement from the world. The kind that they can’t ignore or brush off onto the crisis clinic. I’m never coming back.”

Among the biggest tragedies of this entire incident is the fact that not a single mainstream source seems willing to admit that this is a direct result of normalizing and celebrating mental illness. Thompson is clearly struggling, and his gender dysphoria could very well be the cause of it all.

These people need serious help, not affirmation. At yet, at this very troubled man’s darkest hour, they’re affirming his mental illness all the more.