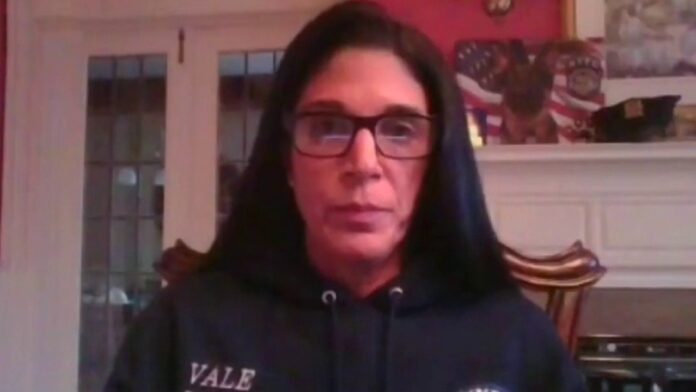 The daughter of a fallen police detective is calling for her children’s New York school district to apologize after banning sweatshirts printed with “Thin Blue Line” flag imagery.

Carla Caccavale’s father, Transit Police Detective George Caccavale, was killed in 1976 when she was only 20 days old, she told Fox and Friends, according to Bizpac Review. Sweatshirts printed with the pro-police flag in honor of her father were once allowed at the Pelham school district. That is, she said on Tuesday, until the district deemed the imagery “political.”

“Black Lives Matter” messages, however, are not considered by the district to be political, and staff and students are allowed to wear items with such verbiage.

“The staff was allowed to wear one and not the other, and now it’s hard for me to explain to my children, who are used to seeing the staff wear it on Friday, why a sweatshirt honoring their grandfather is no longer allowed,” Caccavale told Fox and Friends.

“We are continuing our fight. We would like to see a more formal apology to say that, well, now both are banned. You should be happy is not enough,” she went on. “To make such a broad sweeping decision and make such a huge misstep when you are running the district, in charge of educating an entire district, is incredible, and as educators, they should be able to look at all four symbols on this sweatshirt in the context in which they were intended.”

According to Caccavale, Dr. Cheryl Champ, the superintendent of Pelham Public Schools, asked staff to stop wearing Thin Blue Line masks and soon enough banned the sweatshirts as well. She did, however, allow staff to wear shirts saying “Vote” and or shirts printed with the names of minorities who died in police-related incidents, right up until Election Day.

“That’s the problem here,” Caccavale said. “It wasn’t until after the election that she sent an email out saying she realized her decision was not fairly balanced and now it would all be banned.”

“However, the communication that went out from the district said that children expressed concern and, if that is the case, this would’ve been a teachable moment instead of dividing our town,” Caccavale said

“We’re a very, very small town that now is incredibly divided over this,” she lamented. “And there was an opportunity here to bridge instead of burning down the bridge to help this.”

For their part, Bizpac Review reports, Pelham Public Schools officials have issued a statement claiming that the decision to ban the thin blue line sweatshirts was part of a “long-standing policy” to limit political speech and activity within the school.

“We have never wavered in our support for law enforcement, especially our local police, and appreciate all that they do to keep us safe,” the school claimed.

The sweatshirts, Caccavale countered, aren’t the slightest bit political. Others in the community even began selling the shirts, forwarding proceeds to families of fallen NYPD officers and the Retired Police Canine Foundation.

Folks, if supporting police is political, what does that say about those who don’t support them? The public school system’s leftist agenda is showing. Get your children out of these schools! 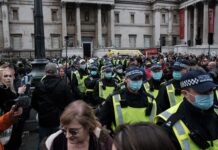 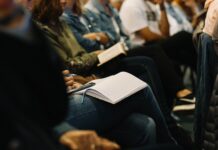