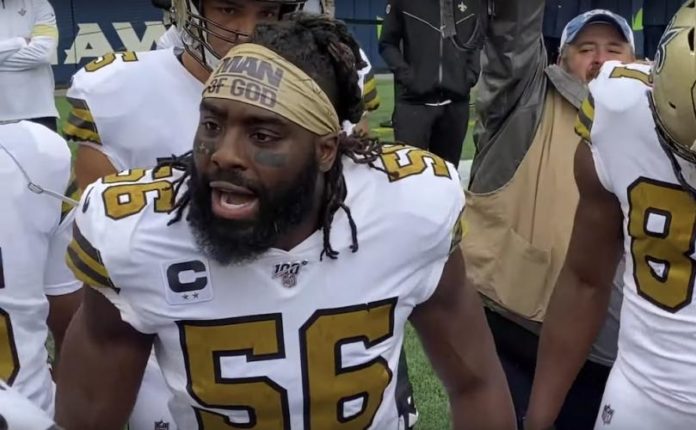 New Orleans Saints starting linebacker Demario Davis was recently told by the NFL that he would be fined for wearing a headband during the Saints game against the Seattle Seahawks that boldly read  “Man of God.”

This outrageous move by the league incensed many fans and Christians across the nation, who were disgusted that this professional player would be so harshly punished by the league for so innocently expressing his faith.

But we know what happens to things the enemy intends for evil. God can use them for good! Not only are the headbands now being sold to raise funds for  St. Dominic’s Hospital in Jackson, Mississippi, but in a surprising turn of events, the NFL has decided it will not fine Davis. In turn, Davis decided to donate the amount that the fine would have been, just over $7,000, to the hospital! While this story has a very cool ending, it’s also a good reminder that, no matter what the outcome would have been, taking steps to shine our light into the world can reap fruit, as Davis articulately noted in an interview after the league changed their mind.

“Of course you don’t want to be fined,” Davis said after the news he would not be fined came out. “Nobody wants to lose money but I think any time that the conversation about God is brought up, especially in these times, I think it’s always a positive or silver lining. If he can get glory from it, I think he can get glory from it whether I personally wear the headband or don’t wear the headband. He’s always gonna be in control of the whole situation. We’re still all good.”

Amen! This is a great point. Whether Davis received the fine or not, he’s right, it has people directing their attention to God, even if briefly. In this current culture of moral blindness and darkness we can use as much light peeking through as possible. Davis managed to take a negative situation in which he was facing personal loss and turned it into a positive, giving honor to God, and donating the money for a good cause that will ultimately benefit others. It’s one thing to talk about God but a whole other to demonstrate the love of God through action, as Davis has.

The NFL regularly fines players for wearing any personal messaging no matter how innocent or positive it may be. They seem to enforce this rule without exception. The fine for a first offense is $7,017 and for a second offense it’s a minimum of $14,037 but according to a LifeSiteNews report, ESPN says, “the NFL often rescinds fines if a player ‘demonstrates an understanding of the rule and total compliance with the rule moving forward.’ Davis did not wear the headband for the Week 4 and 5 games.”

It would be one thing for the NFL, a private company, to enforce this not unreasonable rule…if they did so across the board.

Fining players for wearing non-controversial religious messages stands in stark contrast to the NFL’s handling of the 2017 kneeling controversy, during which numerous players refused to stand for the National Anthem in solidarity with the false claim that American law enforcement is full of racist police officers prone to shooting unarmed blacks. Kneeling during the anthem also violates the NFL’s rules, but beyond a May 2018 policy change that was shelved two months later, the league still does not punish players for doing so.

Even though the NFL’s own rules prohibit players from kneeling during the National Anthem, players who have done so (repeatedly) have never faced any negative consequences for it. If the NFL wants to maintain neutrality in the political and social realms, as they should, it should do so unbiasedly and equally.

We are glad that Davis was able to use his situation to ultimately send a positive message about Christianity by being an example of a good Christian, and for that God should get all the glory! 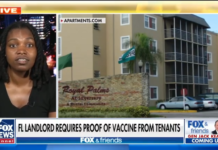