Months after publicly vowing to increase the percentage of LGBT characters and plot lines in its productions, children’s entertainment giant Walt Disney has cast a drag industry superstar in an upcoming Marvel superhero series.

Jaren Kyei Merrell, known professionally as Shea Coulee, is a celebrity drag queen and RuPaul Drag Race alumn who has over 3 million social media followers and is a giant in the industry.

Coulee won season five of the reality show and was a finalist in season 7 and has been featured in major publications around the world including Out, Entertainment Weekly, Gay Times, and the international fashion magazine Metal, as Deadline noted.

The top drag performer has been cast in an unspecified role in the upcoming Disney series Ironheart, that centers around an Iron Man-type superhero and is also set to include “non-binary” actor Zoe Terakes.

The Epoch Times reports that Coulee, who uses female pronouns on stage and “they/them” pronouns otherwise, has vowed to leave a “very specific Shea Coulee print on the Marvel Universe.”

Deadline reports that the series will also feature Dominique Thorne, Anthony Ramos, and Alden Ehrenreich. Chinaka Hodge has also been slated to write.

Drag performance art has gained considerable popularity in recent years, most notoriously in mediums including children, such as Drag Queen Story Hour events at libraries and public schools as well as the rise of “drag kid” performances and series.

Earlier this year, Disney took center stage in the debate over Florida’s Parental Rights in Education Act, which limits sexuality education in public schools but was characterized by political opponents as the “Don’t Say Gay” bill.

Bowing to pressure from employees to respond after initially remaining silent, Disney vowed to combat the bill and to integrate more LGBT characters and story lines into its movies and shows.

SCOOP: I've obtained video from inside Disney's all-hands meeting about the Florida parental rights bill, in which executive producer Latoya Raveneau says her team has implemented a "not-at-all-secret gay agenda" and is regularly "adding queerness" to children's programming. pic.twitter.com/eJnZMpKIXT

Earlier this year, a scene in the animated feature Lightyear that was nearly cut from the final version before LGBT employees at Disney protested the move featured a same-sex couple kissing. 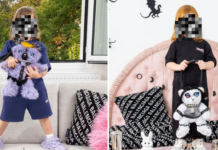 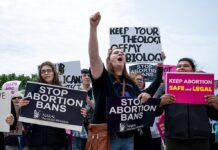 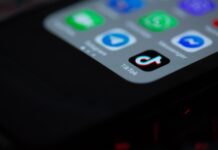