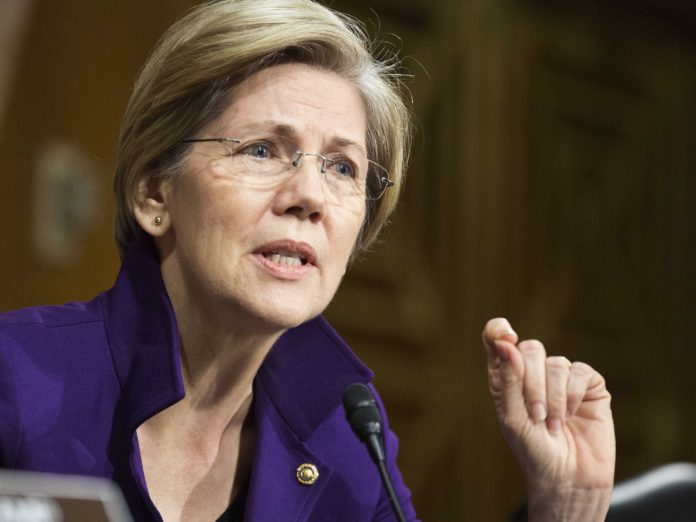 Advocates for transgender insanity are looking to take the helm of this nation—what a terrifying prospect!

Few presidential candidates are quite so eager to champion the cause of transanity as Sen. Elizabeth Warren (D-MA).

Warren, who has made  headlines recently for celebrating her birthday with Planned Parenthood executives and fighting for so-called “gay reparations” tax reform, further displayed her hideous true colors on Tuesday when she called on her fellow legislators to protect “access to high-quality, affordable, gender-affirming health care.”

“Everyone should be able to access high-quality, affordable, gender-affirming health care,” Warren wrote in a tweet. “But the Trump administration is trying to roll back important protections for trans Americans. Help fight back by leaving a comment for HHS in protest.”

Everyone should be able to access high-quality, affordable, gender-affirming health care. But the Trump administration is trying to roll back important protections for trans Americans. Help fight back by leaving a comment for HHS in protest: https://t.co/pKDcOqbsc7

So many things wrong with her statement, so little time.

To start with, socialized medicine virtually turns doctors into slaves by declaring that anyone is entitled to their services regardless of their ability to pay for those services. Forcing doctors to work for less money, especially performing risky surgeries, is a recipe for disaster that seemingly no proponent of socialized healthcare seems willing to acknowledge.

Next, say it with me now: “gender affirmation” is not health care. Gender dysphoria is a mental illness. Allowing someone to fester away in said mental illness is not care, it is cruelty.

Lastly, these are not “protections” for so-called trans Americans. Regulations from the Department of Health and Human Services that previously protected gender identity against discrimination under the Affordable Care Act were merely loopholes to compel society to accept, celebrate, and pay for outward manifestations of inward gender confusion.

According to The Blaze, Warren had had major progressive brownie points deducted in the past for having the nerve to suggest that gender reassignment surgery for a prison inmate was not “a good use of taxpayer dollars.”

Ever since joining the leftist extravaganza that is the 2020 Democratic presidential race, however, Warren has changed her tune. A spokesperson for Warren told ThinkProgress earlier this year that “Senator Warren supports access to medically necessary services, including transition-related surgeries. This includes procedures taking place at the VA, in the military, or at correctional facilities.”

Since when is plastic surgery “medically necessary”? Is a “trans woman” going to die if he doesn’t go out and get castrated as soon as possible? What a gross redefinition of the most basic of medical terms.

All her pandering has, however, stuck Warren with some well-deserved pushback, even from those within the LGBT community themselves.

In adding the pronouns “she/her” to her Twitter bio (lest anyone mistakenly assume her gender), Warren drew criticism from feminist Miriam Ben-Shalom, the first lesbian reinstated to the U.S. Army after being kicked out for her sexual orientation.

In an open letter to Warren, Ben-Shalom wrote:

With civility and no ill-will: Please. Stop with the pronoun silliness. We know you are a woman. Perhaps a million trans-humans will not elect you. But common sense women could. Instead of pandering to the trans lobby, may I respectfully request that you look at what women are losing in terms of sports, safety, medical services, parental rights, and basic human rights, such as the right to privacy, not to mention the horrors of medical experimentation on children by trans-supporting Big Pharma and Big Medicine.

While in reality, most “common sense women” may still want to avoid voting for Warren for a host of other reasons, Ben-Shalom’s criticism of the dangers of “transanity” is spot-on.

2020’s election may not be, as many pundits are saying, about socialism vs. capitalism.

It may very well be about truth vs. lies. 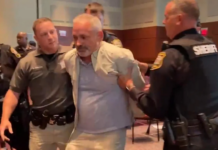