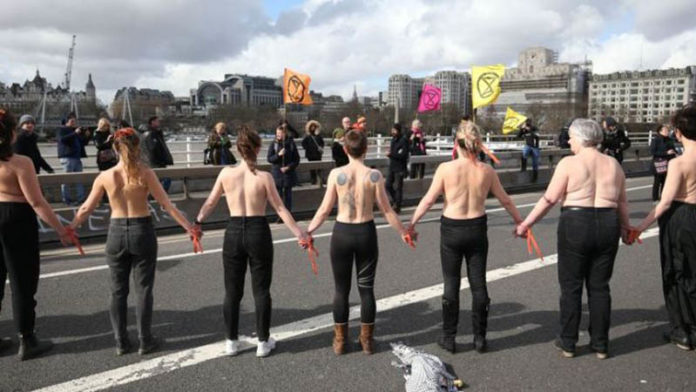 Extinction Rebellion has done it again.

It seems there’s no deed to embarrassing or asinine for this particular brand of climate hysteric to commit in their deluded plot to save humanity from global warming. While you might know them for gluing themselves to planes, trains, buildings, roads, and the gates of Downing Street, 31 female members of the group opted for a protest befitting the International Women’s Day on which it occurred: a topless human chain.

Because what could possibly spread awareness and call world leaders to action better than a bunch of women standing around half-naked in the middle of a winter day in London?

According to the Metro, the women stood on Waterloo Bridge with “climate rape” and “climate murder” and other slogans painted on their bare chests.

Sarah Mintram, a former teacher and participant in the protest explained that the rationale behind the topless protest is the dubious fact that women are suffering more than men due to violence caused by climate change. Yeah. Really.

“It’s mainly women in poorer countries in the global south that are experiencing the increase in violence but this will be the reality for all women if the climate and ecological crisis continues to go unaddressed,” Mintram said.

“We are here to raise the alarm about what is happening to our sisters around the world and to tell women in the UK the climate and ecological emergency is your issue,” she continued, “It will affect you as a woman if we do not persuade our government to take urgent action starting now.”

“As part of a series of actions around the world, XR UK women formed a topless chain across Waterloo Bridge to highlight the vulnerability of women in the face of climate breakdown,” the group said in a tweet sharing the photos. 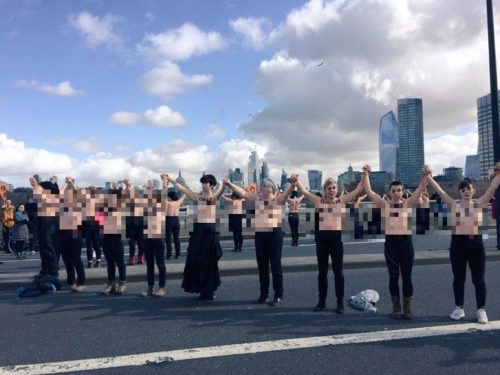 “The climate emergency is a women’s emergency,” the group continued. “We are here to highlight the increase in hardship, violence & rape already facing women in the global south as a result of the climate & ecological emergency.” 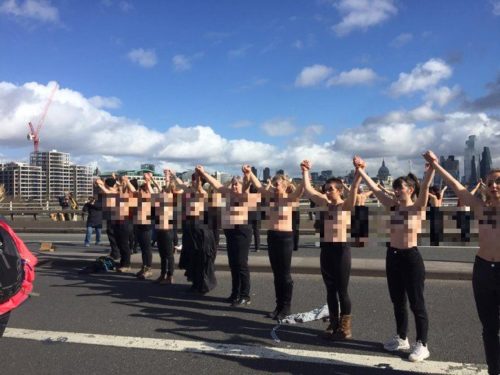 “The report found that deforestation and the degradation of land mean women have to travel further to collect the things they need, like firewood, and are exposed to violence, rape and abduction when they make these journeys,” the group continued.

I cannot wait for the next few decades to go by only for these folks to realize that they’ve fallen for a complete and utter hoax.

Well, those who survive any future attempts to glue themselves to public transportation vehicles, anyway. 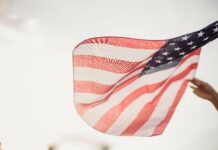 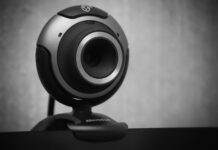