In its effort to become a tolerant, inclusive society, progressive America has gone off the rails into sputtering, incoherent insanity.

You’d be hard-pressed to miss that reality virtually anywhere you look in mainstream society these days, but a stunning bit of proof of that sad fact came in the form of the pronouns offered for applicants to choose from for a university women’s program.

According to Not The Bee, the online application for the “WomenLead” program at Georgia State University offers prospective members a bizarre array of pronouns in order to accommodate any imaginable “identity” a student may profess.

See for yourself in this screenshot taken directly from the form: 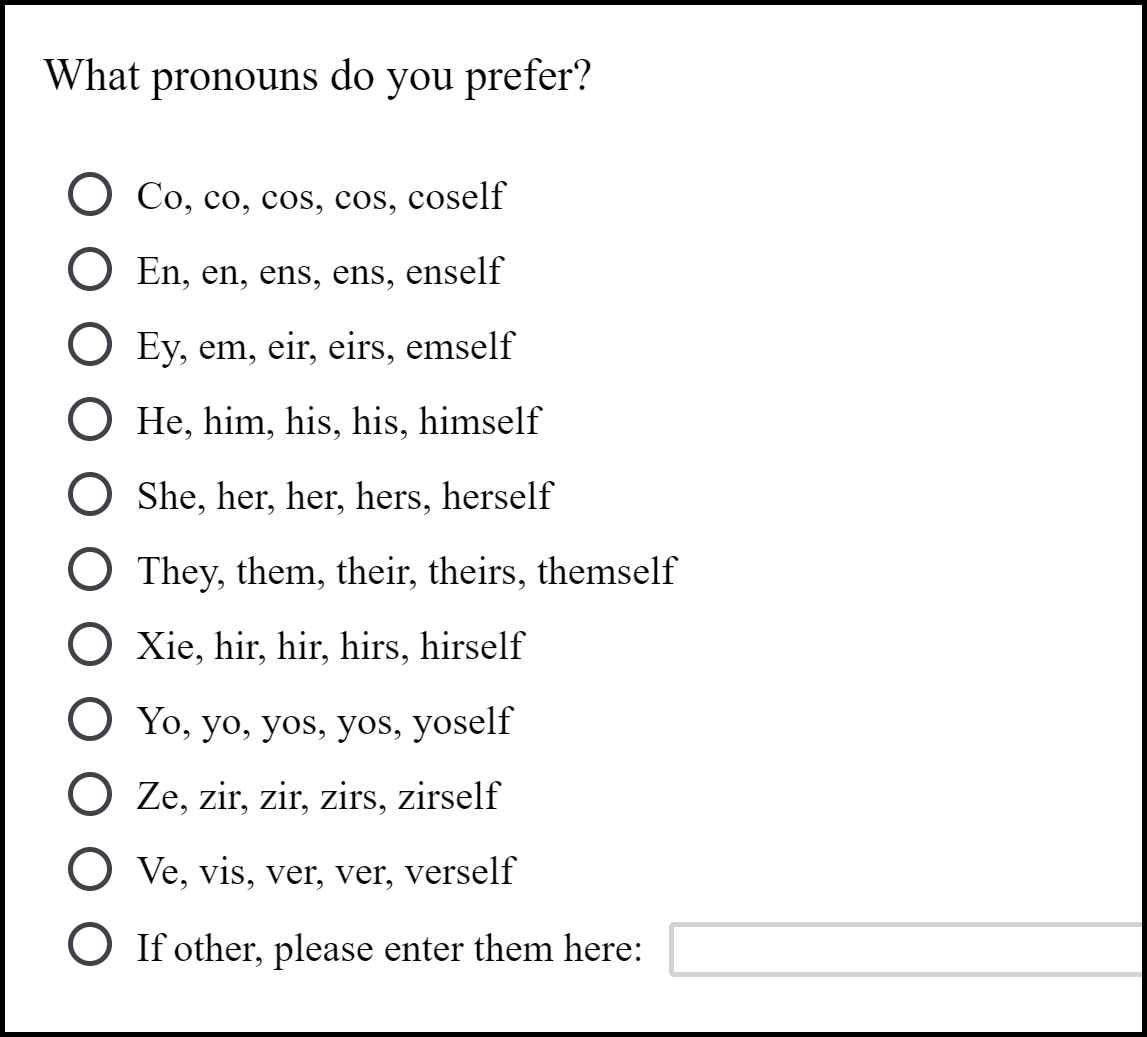 According to GSU, the WomenLead program “equips female students to excel in school, enter the workforce with developed skills and find their place in leadership positions.”

“Through discussion panels and company site visits, students can learn what executive leadership entails and how the panel participants, including Georgia State alums, got to their position,” the description of the program adds. “In engagement interviews, students talk with women one-on-one and discuss the arc of their careers; what lessons they learned along the way; and other information about specific fields, industries and jobs.”

Can anyone unravel the mystery of why a program explicitly for women needs to ask its applicants which pronouns they prefer—let alone offer them a barrage of invented ones?

According to the LGBTQ+ Resource Center of the University of Wisconsin, many such pronouns were invented to make up for the fact that the English language is “limited” by the absence of gender-neutral pronouns.

Believe it or not, the University of Wisconsin adds even more pronouns to the mix:

“Some languages, such as English, do not have a gender neutral or third gender pronoun available, and this has been criticized, since in many instances, writers, speakers, etc. use “he/his” when referring to a generic individual in the third person,” the university explains. “Also, the dichotomy of “he and she” in English does not leave room for other gender identities, which is a source of frustration to the transgender and gender queer communities.”

This is the world we are raising up our children in, folks, a world that rejects and mocks its Creator. We must be ever vigilant in guiding them in truth and protecting them from error.