Four American study-abroad students from Boston College have been the victims of a seemingly random acid attack which took place in a Marseilles train station over the weekend.

The police are not calling the attack terror-related, however, acid attacks have become commonplace in Europe in recent years, particularly in the Muslim-majority “no-go” zones of London, and often are related to Islamic terrorism.

Acid has become a favorite of criminals in Europe following increased regulation on other weapons, but it has long been a method used by Islamists against Muslim women.

The victims of this latest attack, three of whom have been identified as Courtney Siverling, Charlotte Kaufman, and Michelle Krug, are all in stable condition, although two of them were treated for injuries at a local hospital while the other two were “in shock” according to police.

“It appears that the students are fine, considering the circumstances, though they may require additional treatment for burns,” said Nick Gozik, the director Boston College’s Office of International Programs, according to CNN.
“We have been in contact with the students and their parents and remain in touch with French officials and the US Embassy regarding the incident,” he added.
Michelle Krug posted on Facebook today that she plans on continuing her studies in France following the attack, and kindly asked for prayers for the assailant, who authorities described as “mentally disturbed” and said had been admitted to a hospital following her arrest.
France has been the target of a long list of Islamic terror attacks, from the Charlie Hebdo shooting to the 2015 Paris attacks to the 2016 car attack in Nice, with dozens of smaller incidents in between. Over the summer of this year, there were three separate incidents of soldiers or policemen being targeted by Islamic terrorists.
France has been in a consistent state of emergency for the last 14 months, the longest uninterrupted state of emergency in the country since the Algerian War of the 1960s.
Many fear the counterterrorism measures will become permanent, and Le Mond Newspaper, which has seen a copy of a proposed bill to crack down on terrorism in the EU nation that has opened its borders up to migrants and refugees in the last decade, says that “Almost all of the state of emergency measures will become the law of the land,” according to France 24.
Kaufman has a kind heart to ask for prayers for her assailant, and she is certainly right that this woman, whatever the cause of her instability, is in dire need of prayer.
The fact that acid attacks, as well as attacks with cars, trucks, and even hammers are becoming so commonplace in France as well as the rest of Europe, only goes to show that sin is the root of violence, not access to any one weapon.
While there is talk of putting restrictions on the sale of acid in the UK, the fact that acid attacks are so common is proof alone that intent criminals and terrorists will only find themselves another vehicle for their violence and hatred.
Pray for all of Europe in this frightening time.
Sponsor 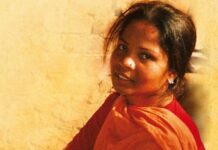 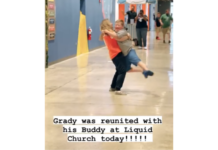 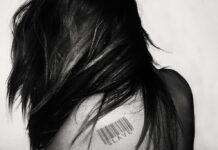