Over the last several years, “woke” parents all across America have become smitten with Drag Queen Story Hours (DQSH) and other such LGBT-focused events at local libraries and other venues. These parents believe they are teaching their children things like “acceptance,” “tolerance,” and “inclusiveness” but sadly they do so in exchange for their children’s innocence for the sake of progressivism. All that children are learning to tolerate and accept is gender confusion and sexual immorality.

At the very least, you’d think parents would realize the “art” of drag is highly inappropriate for school children; now, however, a striking warning is coming right from the horse’s mouth.

One drag queen in California, known as Kitty Demure, has had enough of the glorification of drag queens and he’s speaking out in the hopes that some parents will gain a different perspective on the perverse DQSH events and reevaluate their children’s exposure to the nefarious characters hosting them.

In a video posted to Twitter, the San Bernardino-based drag performer lays out some serious truth bombs about drag queens. Drag Queen Story Hour proponents are not going to like this.

“What in the h*ll has a drag queen ever done to make you have so much respect for them, and admire them so much?” Demure implored. “Other than put on make-up and jump on the floor and writhe around and do sexual things on stage?”

“A drag queen performs in a night club for adults,” he goes on. “There is a lot of filth that goes on, a lot of sexual stuff that goes on, and backstage, there’s a lot of nudity, sex, and drugs. Ok? So, I don’t think that this is an avenue you would want your child to explore.”

Demure continued, “To actually get them involved in drag is extremely, extremely irresponsible on your part. And I understand you might want to look like you’re with-it, that you’re cool, that you’re woke, that you’re not a Nazi, that you’re not a homophobe — whatever it may be, but you can raise your child to be just a normal regular child without including them in gay, sexual things.”

“Honestly, you’re not doing the gay community any favors. In fact, you’re hurting us. We have already had a reputation for being pedophiles, and being perverts, and being deviants. We don’t need you to bring your children around,” he said.

Um…this is exactly what we’ve been saying all along! We’ve got to make sure this video goes viral, folks! Perhaps this is the dose of reality some parents need to hear in order realize the damage they’re inflicting on their children before it’s too late! 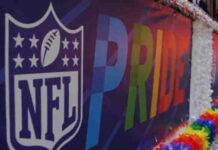 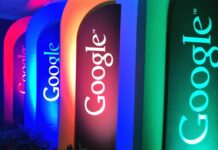 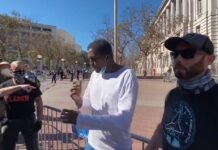