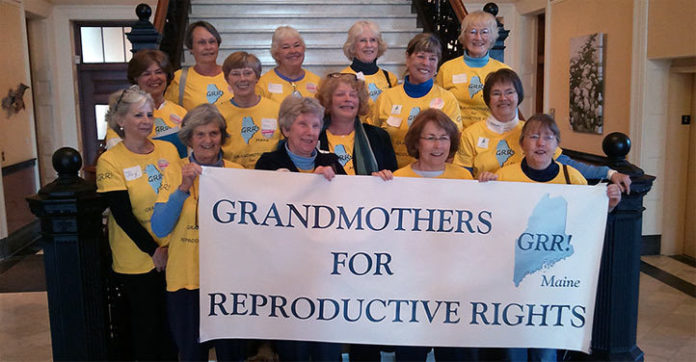 During Maine’s summer state legislative session, legislation was passed which to compels taxpayers to spend $375,000 each year funding elective abortions for low-income mothers through the state’s Medicaid program.

Among the more shocking supporters of this decision, however, is a group called Grandmothers for Reproductive Rights (GRR).

You read that right. A group of grandmothers is advocating for future grandbabies to be murdered in the womb.

The Maine-based group, founded in 2013, promotes abortion on college campuses and at farmers’ markets across the state, in letters to the editor, and messages to state legislators.

In a recent report from The Colby Echo on the advocacy group, GRR member Elayne Richard, of Fairfield, bragged that GRR’s efforts were a large factor in the passing of the Medicaid abortion funding bill.

“Now, we’re able to have MaineCare pay for abortions; [it is] why we’re able to have other medical providers provide abortions as long as it’s in its scope of practice,” Richard said, adding that the yellow shirt-clad team of baby boomers has become regulars around the State House in Augusta:

This recognizable presence serves a more important purpose than just visual recognition: “For laws that are being discussed and debated that are really tough, like MaineCare covering abortion, it’s really important to our supporters there to have us there having their backs. That’s where we sit, right behind them, and that’s what gives them the strength to do what they need to do.”

When asked why GRR! adopted yellow as its signature color, Richard responded, “I think it’s because it’s bold but it’s cheery at the same time. That’s kind of a grandma, bold and cheery.”

Apparently lobbying for subsequent generations to have the “right” to kill future grandchildren is the very definition of “cheery.”

Richard also urged Echo readers to start finding common ground on the abortion issue by discussing it at the Thanksgiving table this week:

Given GRR’s celebration of targeting the children of impoverished mothers on social welfare, it comes as no surprise to learn that the group has deep roots in the eugenics ideology of Planned Parenthood founder Margaret Sanger.

As we’ve previously reported, GRR founder Julia Kahrl enjoyed an affluent upbringing as the daughter of Clarence Gamble, a doctor who worked alongside Sanger. Both Sanger and Gamble were active in grassroots eugenics groups that believed that some human beings, typically the poor, the uneducated, and their unborn children, are not worthy of equal human rights.

Gamble began the Pathfinder Fund, an international group for the promotion of abortion and birth control to suppress populations in developing countries. As a result of her own work with Pathfinder, Kahrl founded GRR.

As we noted earlier in our previous reporting, Kahrl and GRR represent a markedly anachronistic view of abortion “rights.”

As products of their time, octogenarians like Kahrl seem to still believe that women are subjugated to a barefoot life of domestic servitude, and abortion seems to be the radical cure to the ills of patriarchy.

Little do the grandmothers of GRR seem to know, we now live in an age where young women have unprecedented access to education, employment, and equality with men (in spite of persistent feminist myths like the “gender pay gap”). Those who believe the “patriarchy” needs to be smashed have a weak argument there’s anything left to smash.  These women want to control the population through the murder of 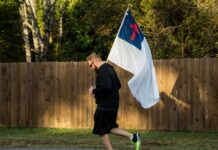 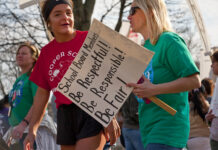 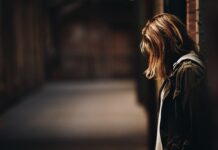