A children’s picture book promoting homosexuality is being heralded as an exceptional story of “adventure, love, and responsibility.” This homosexual fairytale, which “should be on everyone’s must-read-list” according to Teen Vogue, follows a young prince and his “lover” as they seek to protect the enchanted forest from the evil king. “Promised Land,” written by Adam Reynolds and Chaz Harris, has already sold out of its first edition. Reynolds and Harris are crowdfunding and marketing the book to kids five to ten years old.

Did you hear that? Five to ten year olds!

The book opens with, “Once upon a time in a land not-so-far away, there was a place where no one cared if you were straight or gay.” Well, Adam and Chaz, most parents DO care if their kids are straight or gay, and we don’t want your homosexual “scary tale” being pushed on our innocent children!

“We wrote Promised Land because when we were growing up, there were no stories or role models to show us that ‘happily ever after’ could even exist if you were gay.”

Well, Adam and Chaz… that’s because for one in six gays who spend their days infected with AIDS, happily ever after doesn’t exist. Are we supposed to pity you that your parents were too compassionate to push a lifestyle on you in which 13 to 24-year-old participants account for 92% of all HIV diagnoses in their age group? A lifestyle that raises the likelihood of attempted suicide in high school kids by more than 200%? Why do you ignore the science? Why is Teen Vogue pushing this unhealthy behavior?

Oh, I forgot! It’s all about “who you love.” Right? Well contrary to what the LGBT community says, homosexuality is not about “who you love.” It’s about “who you have sex with.” According to Webster’s Dictionary, homosexuality is defined as “of, relating to, or involving sexual activity between persons of the same sex.” Love is not a feeling, it is an action of choosing what is best for another. If homosexuals were honest, they would admit that having sex with someone of the same sex is not best for your partner. It is often physically unhealthy and is spiritually damning to ones’ soul according to God’s Word. “Do you not know that wrongdoers will not inherit the kingdom of God? Do not be deceived: Neither the sexually immoral nor idolaters nor adulterers nor men who have sex with men nor thieves nor the greedy nor drunkards nor slanderers nor swindlers will inherit the kingdom of God.” (1 Corinthians 6:9-10)

You’d better watch out parents, because these two warriors for “artistic diversity” are planning to effectuate their dream by targeting your 5-year olds with their LGBT propaganda. For all good parents, that is a nightmare! 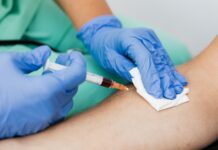 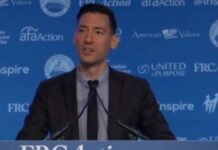 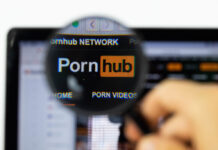