An investigation into one of the United Kingdom’s most prominent child sexual abuse scandals has uncovered that a London council wantonly disregarded widespread abuse, ignoring victims and failing to protect children from accused abusers in some cases.

The Independent Inquiry into Child Sexual Abuse (IICSA) concluded after a years-long inquiry into five children’s residential units under the auspices of Lambeth Council, which is the governing authority over the Lambeth borough of Greater London, children were raped, abused, and assaulted by staff who believed they were “untouchable” thanks to a “culture of cover-up” going as far back as the 1960s.

The report alleges that staff “treated children in care as if they were worthless,” showing “a callous disregard” for victims, whose allegations were doubted or ignored.

In one case, the council disciplined one staffer only after a stunning 705 complaints from former foster children and residents in children’s homes.

“It’s the only report where I’ve had to put it down at regular intervals because what it’s describing is just unrelenting,” the secretary to the inquiry, John O’Brien, said, according to WION News.

It certainly weighs heavy on one’s heart to consider just how many adults may have been involved in covering up this sheer volume of abuse allegations, all from children, no less.

One would be too many, particularly for vulnerable London children who were under the care of the state.

In one case in the 1970s, a children’s home worker remain employed even after it was discovered that he had a criminal record of child sexual abuse, according to the report, only to later be convicted of 32 counts of this same heinous crime.

The report, which stated that the actual figure for abuse cases is likely far more than formally recorded, characterized the children in the care of these residential authorities as “pawns in a toxic power game” between local leaders and the then-Conservative Thatcher government in the 1980s.

The Lambeth Council has accepted the findings of the report, and apologized.

The IICSA will present a final report including the findings of over a dozen inquiries to British MPs next summer. 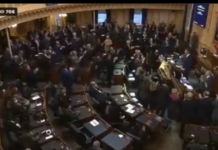 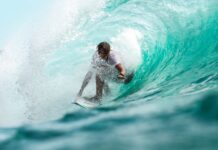 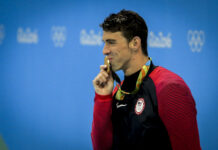