According to Deadline, co-CEO Ted Sarandos called the film “misunderstood” at the virtual Mipcom market on Monday.

“It’s a little surprising in 2020 America that we’re having a discussion about censoring storytelling,” Sarandos lamented.

As we have frequently reported, the film was subject to immediate criticism upon Netflix’s announcement that it would hit the streaming service back in August.

The initial backlash, which occurred before the film was ever released on Netflix, was over a wildly indecent promotional image for the film that featured its preteen female main characters in sexual and revealing poses.

More outraged Netflix subscribers than ever have joined the movement to #CancelNetflix after the company offered a weak apology—for the promotional image and film description, not the vile content of the film itself—with cancellations last month jumping to eight times the company’s average.

Several legislators sought to take action against the film, including banning it from public airwaves.

Earlier this month, Netflix was indicted by a grand jury in Texas on charges that it”knowingly promote[d] visual material which depicts the lewd exhibition of the genitals or pubic area of a clothed or partially clothed child who was younger than 18 years of age at the time the visual material was created, which appeals to the prurient interest in sex, and has no serious, literary, artistic, political, or scientific value.”

“Cuties is a social commentary against the sexualization of young children,” the spokesperson said. “It’s an award winning film and a powerful story about the pressure young girls face on social media and from society more generally growing up — and we’d encourage anyone who cares about these important issues to watch the movie.” 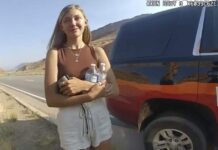 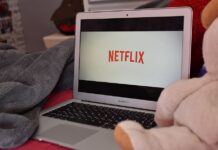