In its extensive list of “microaggressions,” The New School in New York slams everything from normal sized chairs in classrooms to male and female bathrooms.

According to the guide, as discovered by Campus Reform, “microaggressions” are “brief and commonplace verbal, behavioral, or environmental indignities, whether intentional or not, that communicate a hostile, derogatory, or negative slight or insult toward a targeted group.”

In other words, they’re things that probably wouldn’t hurt any normal, mature person’s feelings but are downright detrimental to fragile snowflakes.

As an example of a microaggression, the guide goes on to list a “lack of gender studies and/or ethnic studies as majors.”

So, basically, if a school decides to offer majors that will actually land students paying jobs in their fields, they’re displaying a microaggression.

As another example of a microaggression, the list names “seats in the classroom/auditorium/office [that] are too small for many people.”

It gets better (better meaning worse).

Other examples of microaggressions – according to The New School in New York – include:

So basically, if it’s sensical, righteous or moral (or any combination of the above), it’s a microaggression.

The guide doesn’t just leave it at that, though; it also provides some tips for what one should do if they happen to witness a dreaded microaggression taking place.

In other words, everyone’s a (micro?) victim of microaggressions!

“If you feel comfortable and it’s appropriate you can use these three steps in response,” the guide states.

The guide also provides tips for individuals who realize that – gasp – they are the “microaggressor.”

Step one, apparently, is to apologize while step two is to “realize your privilege.”

The guide concludes, “there are many insidious, short-term, and long-term effects from microaggression. You don’t have to just be a victim, and you don’t have to feel powerless because of it.”

This, of course, is just the latest example of the insane snowflakery overtaking university campuses across the country.

University is no longer a place where students are challenged and encouraged to face facts and ideas that make them feel uncomfortable.

Instead, it’s a five-figure-a-year daycare where students are encouraged to whine and cry and stomp whenever someone “micro-disagrees” with them. 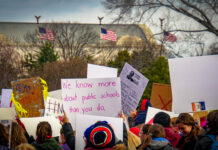 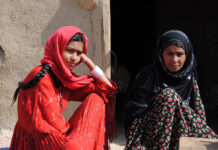 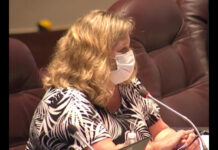