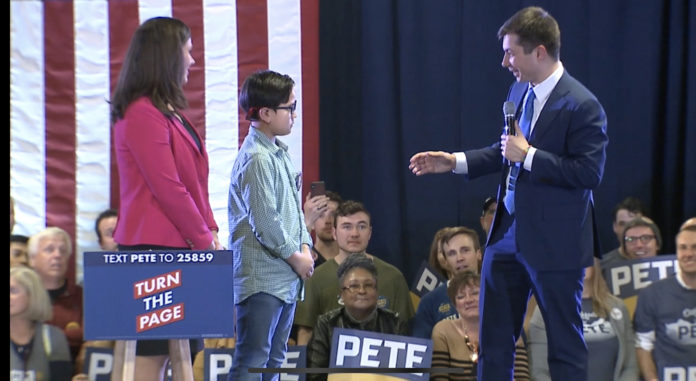 Pete Buttigieg, the former mayor of South Bend, Indiana and the Democratic party’s only openly homosexual presidential candidate, offered his fawning woke followers a Kodak moment over the weekend when a 9-year-old boy asked his advice on coming out as gay.

According to The Colorado Sun, Zachary Ro’s question was one of several prompts from the audience at a campaign event at the Crowne Plaza hotel near Denver International Airport.

“Thank you for being so brave,” read Zachary’s question, read by Colorado Secretary of State Jena Griswold. “Would you help me tell the world I’m gay, too? I want to be brave like you.”

Powerful moment (better audio): 9 year old Zachary Ro of Lone Tree asks @PeteButtigieg how he can be brave and tell people he is gay too pic.twitter.com/1aUbYM8cDM

Ro’s question set Buttigieg up to knock one out of the park for his pro-LGBT fan base:

I don’t think you need a lot of advice from me on bravery, you seem pretty strong. It took me a long time to figure out how to tell even my best friend that I was gay, let alone go out there and tell the world. And to see you willing to come to terms with you who you are in a room full of thousands of people you never met, that’s really something.

Let me tell you a couple things that might be useful. The first thing is that it won’t always be easy, but that’s okay because you know who you are and that’s really important because when you know who you are you have a center of gravity that can hold you together when all kinds of chaos is happening around you.

The second thing I want you to know is that you will never know who’s taking their lead from you, who’s watching you and deciding that they can be a little braver because you have been brave.

The audience then erupted into applause and chanted “love is love,” according to The Sun.

And we’re supposed to believe that a 9-year-old boy decided to do this all on his own without parental coaxing—ha!

The Sun made sure to address any skepticism about this “heartwarming” moment being a bit of pre-planned pandering:

Zachary said he didn’t come to the event planning to ask the question. It was a spur-of-the-moment thing written down on a piece of paper as he entered the rally Saturday night. Staffers were collecting them from attendees as they came into the venue.

Griswold, who was asking the audience’s questions to Buttigieg, said Zachary’s came up randomly. She was pulling questions gathered in a bowl and didn’t know whose questions she was grabbing.

“I was pulling from the top,” Griswold said in an interview with The Sun after the rally.

The Lord surely will not withhold His righteous judgment on this nation if it elects Buttigieg as its next leader. November is coming, folks! Vote your values!! 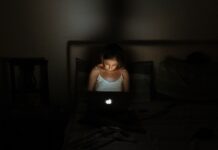