Amid ongoing violence on the streets of Portland, rioters doused paint on and hurled verbal abuse at elderly women who were trying to protect the police precinct that the “protesters” have been trying to set ablaze.

One rioter even prevented one of the women from putting out a fire that had been started at the site.

The Daily Wire reports that “Once again, the Portland Police Department was forced to declare a supposed protest an ‘unlawful assembly’ after assessing that the intent of the rioters was ‘to vandalize or attempt to burn down the precinct.'”

The department tweeted out a photo of the woman who had been doused in paint, noting in a subsequent tweet that they had originally incorrectly stated that she was also using a walker; the woman in a walker who was harassed by the protesters turned out to be another woman present.

This unknown woman using a walker was confronted by the group currently outside East Precinct and paint was strewn all over her. pic.twitter.com/k1cCVMbNht

Portland Tribune reporter Zane Sparling tweeted out videos of the incident which showed rioters angrily harassing the two women, one of whom was covered in paint.

Counter protesters in standoff with Portland protesters; she was doused in paint I believe pic.twitter.com/08ceieWh3t

Journalist Andy Ngo who has long covered Antifa violence in the Pacific Northwest, wrote that “An older woman tried to stop #antifa rioters from continuing their attack on the Portland Police east precinct tonight. She stood in the front and they dumped some white liquid all over her & curse her out.”

An older woman tried to stop #antifa rioters from continuing their attack on the Portland Police east precinct tonight. She stood in the front and they dumped some white liquid all over her & curse her out. #PortlandRiots pic.twitter.com/fYEu08DOfJ

“Antifa militant stops an elderly woman from putting out a fire they started at the Portland Police east precinct,” he added.

The video captured the moment a rioter touched the elderly woman as she attempted to out out a fire with a fire extinguisher.

Antifa militant stops an elderly woman from putting out a fire they started at the Portland Police east precinct. #PortlandRiots pic.twitter.com/RBGb5cNu3g

The Daily Wire notes that, the night before, the rioters had attacked the same police precinct and attempted to light it on fire before they were forced out the area by law enforcement.

“Several people in the group began to ram a large 2 by 4 piece of wood in to the front glass doors in an effort to shatter them,” the Portland Police Department said in a statement. “Other members of the group slammed different heavy large objects into the glass doors as well. The objects included large rocks.”

“By 9:50 p.m., those who had been destructing the East Precinct glass doors successfully cracked them, causing significant damage,” the department explained. “Since serious ongoing criminal behavior continued, a riot was declared at 9:56 p.m. At 10 p.m., the front doors of East Precinct were barricaded and a fire was started using plywood and an accelerant.”

As has become a common occurrence in clashes between activists and law enforcement around the country, officers who attempted to disperse the rioters “were hit with projectiles and commercial grade fireworks,” according to the department.

“Because of life safety issues created by members in the group, CS gas and crowd control munitions were used. While dispersing efforts continued, a truck associated with the group attempted to run over several officers.” Officers were also assaulted by rocks thrown by the rioters.

The city has been under virtual siege for over two months. Most of the violence is happening around Mark O. Hatfield federal courthouse in downtown Portland, which prompted the response of federal agents last month, a fact hysterically bemoaned by the rioter’s apologists on the left. 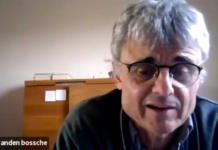 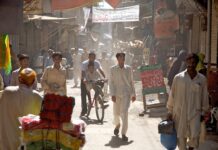 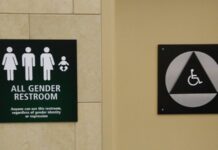