A Texas teacher has been arrested after she put her 13-year-old son in the trunk of her car to drive to a COVID-19 testing site because she didn’t want to contract the virus from him.

According to court documents, 41-year-old Sarah Beam has been charged with felony child endangerment after she allegedly drove to the Pridgeon Stadium testing site on Monday, January 3rd with the boy in her trunk.

When Beam told the person who was working the testing site that her son had tested positive for COVID and that she’d put him in the trunk so she wouldn’t catch the virus from him, she was reportedly told he’d have to be placed back in the car, ABC 13 reports.

Testing site workers informed the police, who later visited Beam at her residence, although while a warrant was issued for her arrest, as confirmed by the school district, she was not detained.

The constable’s office would not comment on why officers left her home without taking her into custody.

“That’s sick. That’s terrible. You don’t put anybody in a trunk,” Scott Weaver told the station. “She’s a teacher? I’d rip her license from her in five minutes. That’s not caring for children.”

“I don’t sympathize with that at all,” said Claud Green, a father. “I would have all my children right in front of my car. If I got it, I got it. If I didn’t, I didn’t. My kids come first.”

Beam has currently been placed on administrative leave. 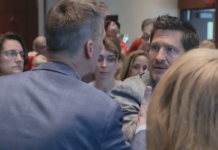 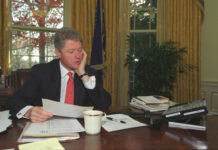