A dystopian, beyond-creepy modular mask that covers the wearer’s entire face is on its way to market.

According to LifeSiteNews, users of the Blanc face mask can look like “detached and faceless” drones “in a world currently dominated by social distance directives, mask mandates, and self-isolation imperatives.”

At this time, Blanc is crowdfunding the creation of the eerie new mask and has so far received $400,000 from just under 4,000 Kickstarter backers.

According to LifeSite, Blanc cofounder Maria Lapuk declared that “[w]earing a mask is literally the easiest thing one can do to help people not die right now. We happen to live in a COVID era, where we have to wear masks just like people in the early twentieth century had to wear their long hats to prevent lice and flea bites which could lead to a bubonic plague outbreak.”

In addition to “helping people not die,” Blanc touts its mask’s customizability as a major selling point. “Masks do rob you of your personality,” the company says, claiming that their mask is not only fully customizable but offers “perhaps a bit more than just the safety and comfort of breathing clean air.”

“Blanc is a thousand masks in one. Its front panel is changeable with any material, color, and texture, depending on the message you put out there,” the company adds.

“Blanc is not just a face mask,” Blanc continues. “Its modular design allows you to customize your own Blanc to your needs, and express your persona to the world.”

“I love to think that it is to give people the opportunity to regain control over at least some personal data,” said Blanc cofounder Phillip Egorov.

“It may seem that while wearing Blanc, users lose their personality,” Egorov went on, adding that “[w]hat really happens is, Blanc instead allows a wearer to decide which emotions to share, moods to channel, and vibes to transmit. It may seem counter-intuitive, but it actually means more freedom and individuality, not less.”

I have a very bad feeling about this, folks. This mask reeks of transhumanism and, eventually, posthumanism. It’s the result of a godless world that rejects the image of its Creator it has been given.

Don’t fall for it. 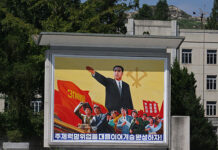 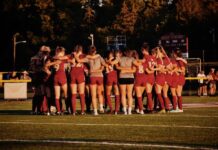 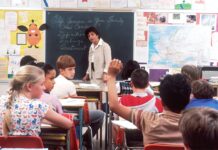