The first high-ranking openly transgender federal official has dismissed concerns that so-called “gender-affirming care” for children does not have the full backing of the medical community at large.

The Daily Wire reported that the Sunshine State health official, Joseph Ladopo, released a fact sheet on April 20 which sought to “clarify evidence recently cited on a fact sheet released by the US Department of Health and Human Services.”

The HSS’ original fact sheet stated that “For transgender and nonbinary children and adolescents, early gender- affirming care is crucial to overall health and well-being as it allows the child or adolescent to focus on social transitions and can increase their confidence while navigating the healthcare system.”

Florida’s own fact sheet responded by pointing to oft-cited data suggesting that children who identify as transgender during or before puberty often revert to identifying with their biological sex as they reach adulthood.

“A paper published in the International Review of Psychiatry states that 80% of those seeking clinical care will lose their desire to identify with the non-birth sex,” the sheet stated.

”Systematic reviews on hormonal treatment for young people show a trend of low-quality evidence, small sample sizes, and medium to high risk of bias,” Ladopo wrote of the HHS’ fact-sheet.

Levine, meanwhile, accused Ladopo in an interview with NPR of issuing “a statement based upon political considerations that is not appropriate.”

After noting that the studies Ladopo cited merely suggested that “we need more research,” Levine went on to flatly state that “There is no argument among medical professionals – pediatricians, pediatric endocrinologists, adolescent medicine physicians, adolescent psychiatrists, psychologists, etc. – about the value and the importance of gender-affirming care.” 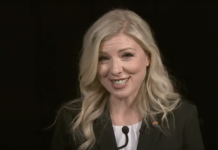 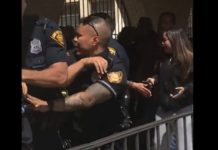