Although Harvard is one of many Ivy League schools that warmly accept homeschoolers into their halls, some of its staff are considerably less accepting of the “controversial practice” of homeschooling.

When it came to light that Harvard Law School would be hosting a summit in June discussing, among other things, a presumptive ban on homeschooling, all manner of advocates came out of the woodwork to defend alternative education, including The Activist Mommy.

Now, a timely piece of anti-homeschooling propaganda published in the May-June issue of Harvard Magazine titled “The Risks of Homeschooling” is making the rounds on the internet.

The article, by Erin O’Donnell, posits dangerous myths that home education “violates children’s right to a ‘meaningful education’ and their right to be protected from potential child abuse,” and “may keep them from contributing positively to a democratic society.”

The bulk of O’Donnell’s article is a regurgitation of points and quotations from Harvard Law Professor Elizabeth Bartholet, one of the co-organizers of the Harvard Law anti-homeschooling summit.

Among the more dangerous points O’Donnell—or, really, Bartholet, since it seems the majority of the article’s thousand-plus words are actually hers—makes is that oppressive homeschooling regulations are needed to shield children from child abuse.

This, of course, implies a handful of untrue ideas: that the homeschooling parent is more likely to be an abusive one, that public schools are safer places for children than their own homes, and that any abuse happening to the public-schooled child would be noticed and mandatorily reported by teachers or school staff.

Ideologues like Bartholet might point to extreme cases like that of the 13 children of David and Louise Turpin in California who were chained, malnourished, and tortured by their parents for many years until a teenage daughter escaped and called for help. They may point to California’s surprisingly lax homeschool regulations, which require little more than that parents file an annual notification affidavit, teach comparable subjects, and keep decent progress records.

They may fail to recall, however, that several of the Turpin children did attend public school in the earlier years of their lives. According to The Dallas News, one daughter in particular was mercilessly bullied for being the “cootie kid” at school at the same time she was being underfed, kept from bathing, and made to wear filthy clothes at home.

“I distinctly remember my entire third grade class scoffing at her one day because our teacher had asked her to discard a scrunchy she had used to tie her hair out of a discarded tin foil wrapper from an old Hershey’s bar,” a former classmate said of the girl.

The Dallas News also noted that Texas Child Protective Services had no record of investigations involving the family, meaning that no teachers, school staff, or anyone else reported suspicions of abuse to the authorities while the Turpins lived and attended school there.

In many cases, as we pointed out in our reporting of a prospective new homeschooling regulation in West Virginia called “Raylee’s Law,” many schools are already empowered by law to intervene when parents or guardians are abusing their children under the guise of homeschooling.

Another issue Bartholet laments is that, in her mind, up to 90% of homeschooling families are Christian conservatives who “question science and promote female subservience and white supremacy.”

This is a shameful caricature of homeschooling families and, as Harvard alumnus and homeschooling mother Kerry McDonald points out, it’s woefully inaccurate.

In her own brilliant rebuttal of the Harvard article, McDonald points to the most recent data on homeschooling by the U.S. Department of Education. The facts, contrary to Bartholet’s opinion, reveal that “concern about the school environment, such as safety, drugs, and negative peer pressure” is the top reason why families choose homeschooling, not religious reasons.

So what is the real issue here if, as we’ve only scratched the surface in demonstrating, homeschooling is not a threat to children’s safety?

[Bartholet] views the absence of regulations ensuring that homeschooled children receive a meaningful education equivalent to that required in public schools as a threat to U.S. democracy. “From the beginning of compulsory education in this country, we have thought of the government as having some right to educate children so that they become active, productive participants in the larger society,” she says. This involves in part giving children the knowledge to eventually get jobs and support themselves. “But it’s also important that children grow up exposed to community values, social values, democratic values, ideas about nondiscrimination and tolerance of other people’s viewpoints,” she says, noting that European countries such as Germany ban homeschooling entirely and that countries such as France require home visits and annual tests.

And there you have it.

Bartholet argues that homeschoolers ultimately fail to assimilate into our modern democratic society. There must be, she would likely say, cultural and ideological homogeny—preferably enforced by the State.

As seen in Germany, where homeschooling is banned in order to prevent families from raising their children with values that differ too much from those of the secular State, similar language is used. It’s not that homeschooling is banned, they say, it’s that your child has the right to an education which can only be received in venues the State deems appropriate.

Folks, we’ve been tracking the trajectory of this so-called democratic society for some time now. Whether or not you realize it, you have too. You’ve seen the slow erosion of once-mainstream moral values. You’ve seen the transformation of schools and libraries from places of education to places of indoctrination. You’ve seen how eager leftist pedagogues are to reach our children with their own extremist message while packaging it as moderate, normal, or based in science).

There is no middle ground. There is no neutral worldview, as much as schools may pretend to teach one. Let the secular homeschoolers debunk O’Donnell and Bartholet from their own stance, but our opposition to this godless, anti-liberty hit piece will be heard.

So long as God continues to bless us with children, we will glorify Him by raising them up in the way they should go. Anyone who would dare steal that right from us—come and take it. 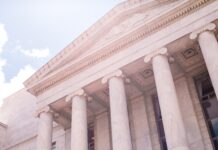 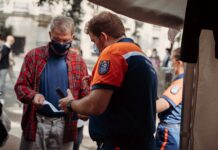 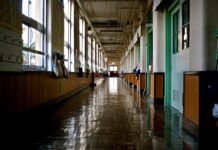